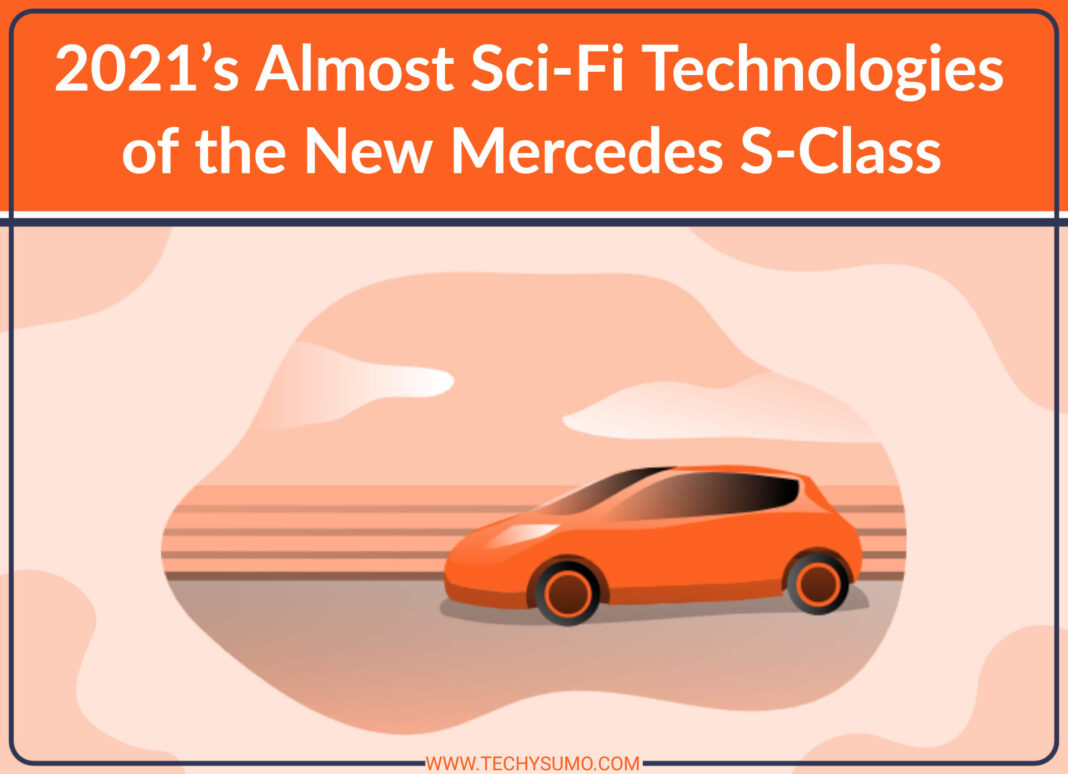 The Mercedes S-Class is the largest technological showcase in the automotive industry, and in this newly presented seventh installment, it confirms it again. And it is that it releases an authentic arsenal of gadgets and technologies, of comfort, security, digitization, and engineering, which make a difference and show, in several cases, the path that the industry will follow in the coming years.

Although in the world of the motor the firsts follow one another and Mercedes is immersed in a continuous race with Audi and BMW to see who proposes the latest innovation.

The first units of the new S-Class will arrive in Spain in December of this year or January 2021 and, like the current model, it will continue to be offered with normal and long bodies, although both are larger than the current ones to extend habitability and reinforce the comfort.

Here check this tips for buying the right car to suit your lifestyle.

There are no prices yet, but all versions are equipped with nine-speed automatic transmission as standard and, as an option, they can add four-wheel steering and all-wheel drive.

Here are the 10 key points of the new Mercedes S-Class:

The bodywork evolves from the design language seen in the E-Class and features a slimmer line than the current model. The interior, on the other hand, is different from any other Mercedes and surprises by the new large central screen, which becomes a vertical format, and by the 3D instrumentation, with a sense of depth.

The cabin can accommodate all kinds of comforts, and the lighting, in charge of 250 led lights, allows adjusting the color and intensity, both general and by zone. The seats offer up to 10 different types of massage, and the stereo brings together 31 speakers and eight exciters to transmit vibrations and create a 4D sound effect.

The normal S-Class now measures 5.17 meters in length (5.4 centimeters more), while the length reaches 5.28 meters (3.4 more). And both are also wider and somewhat higher than the current ones, thus providing greater width. The normal body, for example, offers an extra four centimeters for the legs of the rear passengers.

The door handles can be hidden (they come out when approaching the hand) and the boot gains 20 liters and grows to 550 liters in both suits. The internal body structure weighs 60 kilos less, thanks to a mixed construction in different types of steel and aluminum.

They are called Digital Light and they are one of the most striking releases. And it is that they can project graphics and lines on the road to help the driver. If the Mercedes S-Class reaches a construction site, the headlights draw the icon of an excavator on the asphalt, and if the lane narrows, add some guide lines to indicate the available width.

In addition, if there is a pedestrian next to the road, it identifies him with a light trace that resembles an arrow. To carry out the projections, each optic includes 1.3 million miniature mirrors. Through online updates, new graphics and functions will be offered.

Faced with an imminent side collision, the Mercedes S-Class 2021 raises its suspension up to eight centimeters, in tenths of a second, so that the blow is carried away by the lower body structure, and not by the door, which is less resistant (the Audi A8 offers a similar system).

Protect the occupants and also yourself. But this is just a sample, because it also launches front airbags for the rear passengers, a first that reinforces their protection and also that of the front passengers, since it minimizes the risk of suffering back injuries, derived from the impact against their seat.

The person behind. It can also equip a front center airbag (between the driver and the passenger) and Inflatable rear seatbelts, with an integrated airbag. Although these systems are not a novelty.

Technology is ahead of legislation, and Europe has one of the most restrictive when it comes to autopilot. For this reason, the images of vehicles in autonomous circulation that arrive from the US or China will not be seen, at least in the short term, in the old continent (nor the accidents).

Today, Germany is one of the few EU countries that has adapted its legal framework to allow the transit of self-guided cars, although only on the motorway and at speeds of up to 60 km / h, thus restricting its use, basically, to traffic jams.

In these situations, the driver could let go of the steering wheel and neglect to drive the car (SAE level 3 automation), although he must be prepared to regain control in seconds if the vehicle requires it. But, according to Mercedes, the new S-Class can run only at much higher speeds and, when the law of each country allows it, an online update would be enough for the car to evolve.

In addition, electronic driving aids also advance, and now make the model circulate more precisely in the center of the lane. Likewise, they alert when reaching traffic lights and stop signs, and the steering system can take curves on a secondary road and not only on the motorway.

The automatic emergency braking, on the other hand, works now above 100 km / h in many situations and recognize vehicles, pedestrians and cyclists, day and night, standing and moving, and whether circulating in longitudinal and transverse .

There is even a dodge wizard that helps the driver to make a sudden evasion maneuver to avoid colliding with an obstacle. These are the same elements that many models already offer, but with superior operating efficiency, depending on the brand.

The MBUX Mercedes system one of the most advanced multimedia equipment of the time, unveils its second generation and offers 50% more power processing. It allows you to update up to 50 functions online and even connect with home automation.

And voice control recognizes 27 different languages ​​and distinguishes between the driver and passengers. It is a true command center, interconnecting and monitoring a multitude of aspects, and taking interaction to new heights.

For example, it can detect the driver’s height and automatically adjust the seat, or, if it is night and the driver is feeling the passenger seat with his hand, it understands that he is looking for something and switches on the light to help him find it.

Through gestures, you can open the sunroof of the Mercedes S-Class, connect the navigator, turn on courtesy lights, and even activate the mirrors for adjustment.

To reinforce security in payments and other operations that may pose a risk of hacking, apart from the PIN code, there is a triple system of facial, voice and fingerprint recognition and you can find such cars at buy used car online in New Zealand.

One of those advances that you cannot see, but that you can feel. The new Mercedes-benz S-Class announces impeccable aerodynamics, one of the best on the market (Cx 0.22), which helps reduce fuel consumption on motorway trips and the noise of the air on the bodywork.

The current model has a Cx 0.24, and each hundredth of improvement implies a saving of 0.125 liters when running at 120 km / h. Thus, the new S-Class already spends 0.25 liters less per 100 kilometers just because of its shapes, and it is quieter.

The air suspension, meanwhile, reads the road and analyzes the driving situation up to 1,000 times per second, adjusting accordingly for maximum comfort and safety.

At low speeds, the rear wheels turn in the opposite direction to the front wheels and improve handling, especially in garages and narrow streets. And as the pace increases, they bend like the previous ones to reinforce stability, creating an effect similar to that of a skier nailing the edges of the skis. It is a well-known device, but that the German brand introduces for the first time in the Mercedes S-Class.

It proposes two different variants, with rear angles of up to 4.5 and 10 degrees, which can reduce the total turning diameter by almost two meters. , from 12.2 to 10.5. The result is that a 5.17-meter long luxury saloon is driven and parked as if it were an average 4.6-meter station wagon.

Power and also efficiency. The engines add to the aerodynamics and also help to contain the consumption of the Mercedes S-Class. Four mechanical variants are currently offered, all with 3.0 turbo six-cylinder engines and nine-speed automatic transmission: S 500 petrol, with 435 hp and 4Matic or 4 × 4 traction; S 350d diesel 286 hp, available with rear and all-wheel drive, and S 400d, with 330 hp and 4 × 4.

This variant will be launched in 2021. And Mercedes announces that it will offer a range in electric mode of up to 100 kilometers. There are currently no third-party plug-in hybrid models that come close to this record.

Within the German brand yes, because there is the GLE 350 de, which combines 2.0 diesel and electric engines, and advertises the same 100 kilometers as the new S-Class. But it is not yet known if the saloon will carry the same mechanical set as the SUV.

In addition, at the end of 2021 or the beginning of 2022 the EQS should come out, a derivative of the new S-Class but 100% electric. Use the most eco-friendly ways to get rid of your car.