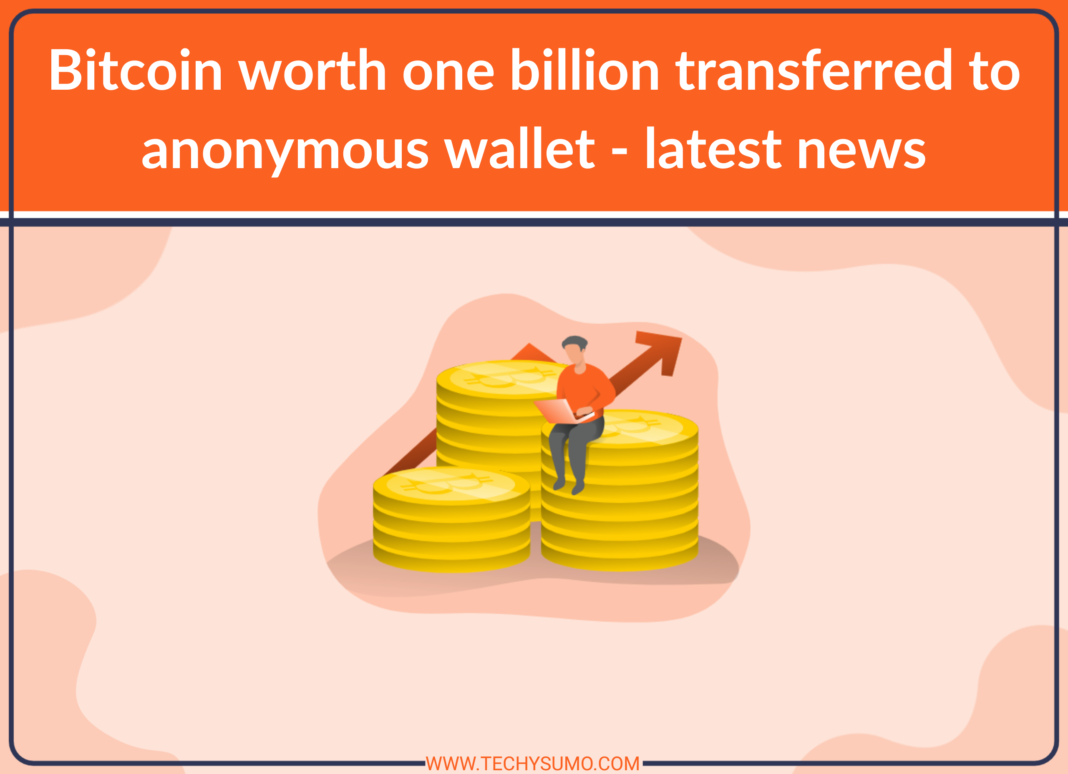 The current price of bitcoin in USD is 60240 at the time of writing this article. That is a very high amount compared to the other cryptocurrencies. Bitcoin is the only cryptocurrency with more than a billion market capitalization. Can you imagine fifteen thousand seventy-eight bitcoins transferred to the anonymous bitcoin wallet according to the blockchain? Yes, this is the recent bitcoin transaction that became the viral headline of news stories. This article will discuss the recent transaction of bitcoin worth one billion dollars that transferred to the anonymous bitcoin wallet. So without wasting time, let’s explore the recent transaction worth one billion dollars.

Bitcoin worth one million dollars:

Impact on the market:

There are a lot of bitcoin traders who daily shake the bitcoin market by selling and buying bitcoins. The transaction is hefty, near one billion dollars, and sellers can shake the bitcoin market by selling the bitcoin. The bitcoin price depends upon the selling and buying of bitcoin and other external facts. According to the economic rule, when demand is high, the price will also be high, and when demand is low, the price will also be below. The rule applies in every field, whether business, stock market or cryptocurrency, etc. learn more from the Official Website

If he starts selling all the bitcoins seldomly, then the price of bitcoin will start decreasing. However, if he holds those bitcoins for the long term, it will not impact the bitcoin market until he sells them.

He has more than one billion worth of bitcoins. He can down the bitcoin market by selling all the bitcoins. Still, according to the data, he will not sell the bitcoins because he did not transfer the bitcoin to the exchange wallet. Bitcoin exchanges are the best way of selling bitcoins and withdrawing fiat currency into bank accounts.

Bitcoin exchanges are the third parties that provide the extra features to the bitcoin users like buying and selling bitcoins, sending and receiving bitcoins, adding and withdrawing funds from exchange to bank account, trading and investing in cryptocurrencies at some fees. That is why people use bitcoin exchanges because it provides a lot of features to cryptocurrency users. For example, when the bitcoin wallet holder transfers his bitcoin to an exchange wallet, he will sell the bitcoins to withdraw money. Still, he is not intended to sell the digital coins, i.e., bitcoins, because he transferred the bitcoins to another bitcoin wallet.

According to the Benzinga report, if the whale bitcoin holder sells his fifteen to thirty million worth from his 15,078 bitcoins, the market will drop by two per cent.

According to the report, more than five lakh bitcoin wallets hold bitcoin worth one lakh dollars. They can shake the entire market heavily if they sell their bitcoins.